Mary Chamberlin’s six kids will certainly shower her with food and love. When they gather on Mother’s Day, they’ll be preparing a four-course Mediterranean meal for the Carmel cooking instructor and retired chef, starting with a Sicilian Caprese Salad and ending with a classic Italian dessert, Cassata Siciliana. Yes, the recipes are Mom’s.

“This is what they have to make for me,” Chamberlin says, laughing. “My son, Marshall, doesn’t even live here but he’ll ll be making the Parma iI Pollo in Kansas City in my honor.”

They’re deeply meaningful recipes, too, culled from Chamberlin’s decades in the food industry, both as owner-caterer of Fremont’s popular Mission Deli, which she ran for 17 years until selling it in 1990, and as a cookbook author. (The Parma il Pollo is actually Marshall Coleman’s favorite; he asks for it every year for his birthday and Chamberlin flies to Kansas to make it for him).

All the recipes can be found in Chamberlin’s new cookbook, “The Traveling Cookbook: Discovered Recipes from Around the World” (Mary Chamberlin Cookbooks, $45), which provides a tapestry of flavors from across the Mediterranean and beyond. The cookbook is spiral-bound and opens flat for easy viewing.

“Each chapter is almost like a travel log,” says Chamberlin, who has been teaching free monthly cooking classes in an unusual way — via phone-in conference call, not Zoom video — since the pandemic. Email [email protected] to join. “I have such a love of sharing recipes.”

On Mother’s Day, her son, Wic Coleman, who, like Mom, attended culinary school, will be making Chamberlin’s own Greek Lemon Chicken, a classic taverna dish Chamberlin ate often while living in Greece in the 1980s. But she didn’t obtain a recipe for it until returning to the United States.

“I could not find the perfect recipe until I met Olga, a waitress at Papagus restaurant in Chicago,” Chamberlin says. “She said, ‘If I give you my family recipe, you cannot change a thing.’ And I didn’t because it’s perfect. We gather around the pot and dig into the oregano and lemon flavors.”

Chamberlin’s daughter, Deborah Carpenter, who worked with her at Mission Deli, will make the Cassata Siciliana. But instead of the traditional round sponge cake moistened with liqueurs then layered with ricotta cheese and candied fruit, she’ll use her mother’s ring-mold adaptation, which calls for lots of ice cream, whipped cream, pound cake or ladyfingers, and sherry or brandy.

“At Mission Deli, I used to make it for catering fancy parties and it’s so much work.” Chamberlin recalls. “This is much easier, and it’s topped with chocolate sauce.”

And if easy is what you’re really after, heed Chamberlin’s other bit of advice when first asked what she and perhaps other moms may ultimately want to do for Mother’s Day.

“Take me to a restaurant,” she blurted out. “Get me out of the kitchen.” 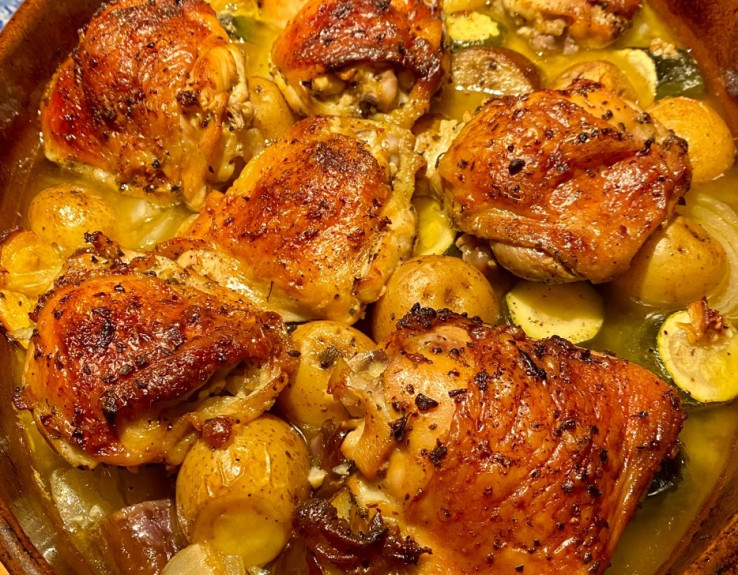 Mary Chamberlin’s Greek Lemon Chicken is inspired by a chicken dish she ate in the tavernas across Greece. The recipe, however, comes from a Greek waitress she met in Chicago. (Wic Coleman)

Prefer a Mother’s Day dinner to a traditional brunch? Tell your loved ones to whip up this taverna-style, garlic-and-oregano-laced chicken. It’s what Carmel mom, grandmother, chef and cookbook author Mary Chamberlin will be eating when she gathers with her family on Mother’s Day.

The recipe, which is featured in Chamberlin’s new cookbook, “The Traveling Cookbook: Discovered Recipes from Around the World” (Mary Chamberlin Cookbooks, $45), comes from a waitress Chamberlin met while dining at Papagus Restaurant in Chicago.

“She said, ‘Do not change a thing when you prepare this dish,'” Chamberlin recalls. “And you won’t want to. It’s perfect.” 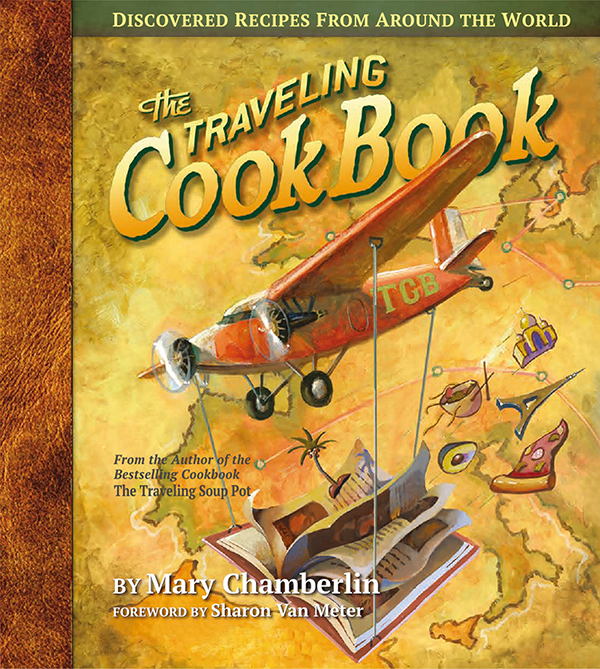