Here’s what others say about Letters From THE HEART: A Young Army Doctor’s 1969 Vietnam War Experience

And, here's the link to the press release, too: https://www.brickmanmarketing.com/newsroom/new-book-letters-from-the-heart-a-young-army-doctors-1969-vietnam-war-experience

“Your book really helped me understand the horrors of that war and its consequences on the human condition.” - L.D.

“It is very well organized, very well written and both inspirational and heart wrenching-both your daily emotional agonies over there and all the young men you and your colleagues treated.  The impact of the book is just riveting.” - L.W.

“Just finished reading your incredible book and I am completely blown away with the candor, intimacy and gut-wrenching details of your lives in this tumultuous period. How many battles were you both waging literally and figuratively?  America was a nation torn, and involved in a senseless war, and you both started your life together separated by these circumstances.  That you survived, physically and emotionally, is a miracle.  That you built a strong, fulfilled, impressive married life together and achieved academic and professional successes is an even greater miracle.  Thank you for this deeply touching memoir.” J.S.

"It is absolutely fascinating- a look into history, experience and military culture with a lot of love and caring.  Thanks for sharing this great work with me.” - G.M.

“I have started reading it, slowly digesting the events because it is a personal record of a very unpopular war from a young doctor’s perspective and it’s devastating effects to all involved.  So very interesting to me on so many levels, but more importantly, it is a love story worthy of the big screen!  Your story has increased my love and respect for sharing your journey as a couple.  What a wonderful legacy for your family!” - Y.S.

“Thank you for sharing this very intense slice of your life.  I was amazed by how immersive and disorienting it was, to imagine the briefest moment of calm when each of the letters was written, amongst a maddening chaotic and terrifying background, full of hope and promise for the future.” - E.S.

“Publishing these letters was quite an accomplishment and we felt Jon’s pain.”- J.C.

“I binged on the book and thought you both did an admirable job and you did it in an unusual way.  Both your personalities came through and I could feel what you and so many others felt while being involved in the war.” - A.S.

It’s remarkable to see such a ground level view, filled with all the grit, dust, humidity, monsoon rain, blood and gore, exhaustion and brave commitment to patient care as is put forth in Dr Jon Benumof’s moving epistolary diary of his year in Vietnam, 1969, as a front line OR anesthesiologist and surgeon. It’s a work of dedication to annotating not just the horrific traumas inflicted during that ill-fated war, but as well it’s an homage to the bravery of so many who were on its front lines, like Dr Benumof. In that sense it joins other of the novelistic and journalistic works by the military personnel who were there, but I know of no other that is so stunningly “as it happened” as this one, “LETTERS FROM THE HEART.”

Full disclosure: I was a medical school classmate of Jon’s, but had no idea what he and his wife Sherrie went through in his Vietnam tour until this book.

It’s clear a massive amount of work went into framing and orienting things for the reader. He opens with eight sections that index and comment on the 282 letters he wrote Sherrie while there: 1. Arrival and assignment to a MASH unit not far from the DMZ. 2. His love for Sherrie and desire to return Home. 3. Dangers and physical discomfort during his year there. 4. Long hours of saving lives. 5. Growing despair about the loss of young lives. 6. Activities during times of surgical inactivity. 7. Drinking alcohol and its eventual problem.  8. Feelings about the absence of welcome home when his tour finished.

What is so impressive about Jon’s book is not just the prodigious, exhausting patient care he delivered, or his dedication to his continued medical education, but the unvarnished openness reflected in his letters, especially about his depressive moods, his fears, his reactions to the dangers, the episodically brutal weather and work conditions—and about a problem with alcohol that emerged later in his life. It’s hard not to think that the act of writing about his love of his wife and his travails and challenges and triumphs, was in and of itself soul-saving.

But notably, I did not find any real bitterness in his having been dealt a front line Vietnam hand. To me he performed in the finest spirit of his training, in the words and spirit of the Hippocratic Oath, and perhaps most of all with the character of his personhood. The letters, without any self-aggrandizement, show a man in the crucible of hard, dangerous work, buoyed in my view by two main things: his love for his beloved wife (and his forthcoming perseverance to put it into words); AND his dedication to being the best physician he could be. He so richly deserves the Bronze Star and Purple Heart he received. He also deserves the belated appreciation of the country for his dedicated service, which this book, one hopes, might awaken for some, as it did for this reviewer. Would that it could be known by the loved ones of those he and his colleagues could not save that they labored to do their best, and every lost life affected them.

Others have said that the 58,000 American lives lost in Vietnam at least showed that Americans were capable of doing their best under miserable, deadly conditions, in what became an increasingly lost cause. A high price to pay for that revelation. How little that is true of Americans today, of whom so little is asked.” - L.W.

“Your book is not an easy read!  I’m so sorry that you went through this horrible ordeal.  There are some men in my family who found ways to avoid the draft.  Fortunately, you came home to resume a “normal” life, but not without tortuous memories. I know it is futile to hope that wars will end someday.  What a shame! Man can invent wondrous advances in medicine and technology (etc), but not in human relations. Hopefully, by publishing this book, you will influence those who read it to support peaceful resolutions to conflicts.” - M.G.

Jon and Sherrie Benumof have produced a book that is be a “must read” for all military physicians.   The transcripts of letters actually written while Dr. Benumof   served as a physician in the 18th Surgical Hospital in Vietnam from January 1969 to January 1970 are invaluable documentation of the day to day experiences of physicians in a combat zone. Jon’s ability to communicate the unbelievable mental and physical stress alternating with boredom is rarely seen.  Jon’s ability to express himself is remarkable, especially since the letters   were never written with the thought they would ever be shared with anyone but Sherrie.  His letters are so authentic and honest that I was unable to put the book down.   Jon’s letters document the despair when isolated in combat zone from anything familiar and safe. Soldiers in combat zones are separated from love ones and one’s life is essential sidetracked in another world characterized by suffering on all fronts.   He has the ability to admit he was depressed and didn’t think he could carry on because of the death and suffering he had to witness. While honest, he is unable to share the full details as he doesn’t want his wife to worry about the possibility that he will be injured or killed.    Jon’s documentation of the physical and psychological trauma of being overwhelmed and working for over 36 hours with only one to two hours of sleeping is a vivid and real as his description the strain of days when he had nothing to do.  It is clear his depression is worse during the “down-time” as then he has nothing to distract him from his loneliness and the fear that he will not be sufficiently proficient to prevent the death of innocent young men drafted into the army just because they were unable to obtain a draft deferment.

The isolation and loneliness in a combat zone, where you are never “off duty” and where you witness people dying just because they were in the wrong place at the wrong time is difficult to describe, but not for Jon.   In addition to witnessing the death and mutilation of others, he describes the acceptance of his own possible death and vows to continue to do his very best knowing his routine activities constantly expose him to being “in the wrong place at the wrong time”. It is difficulty for soldiers to communicate this to anyone who have not experienced it first-hand.    Jon was fortunate to have a wife who always supported him and was understanding of his depression and despair.

In addition to Jon’s dedication to be the best possible anesthesiologist despite minimal training, he spent hours self-educating himself and training the nurses he supervised, thus ensuring saving of even more lives.   He never cut back on his   own self-sacrifice and continued to perform “exemplary professionalism and initiative in obtaining outstanding results” (from Bronze Star citation).  His humility in his last few months is testimony to his deep moral character and dedication to the service of his all those who needed his assistance.  Jon seemed sensitive to suffering as he seemed to honor the “bodies on the barbed wire.”   His compassion jumps off the pages when describing having to operate on the injured and dead from his own unit.

Although we don’t have Sherrie’s letters it is clear she saved Jon from decompensating into severe depression and disabling alcoholism with her daily letters.   She must have spent hours making certain he had food and other essentials (such as the electric blanket) as it is evident from Jon’s letters that he rarely ate in the Mess Hall. (He indicates in letter 151 that “I’m starving” without the food she sends.)   One wonders if Jon would have survived without his beloved Hebrew National hot dogs and salami, pastrami, and canned beef stew as well as fresh fruit and the now famous, Banana Oatmeal Chocolate Chip cookies.

Although others have written of their experience as an army physician in combat zones, to my knowledge, this is the first book with actual letters.  The documentation is invaluable as it shows how physicians suffer in silence and have no opportunity to obtain therapy for their PTSD. The stigma of mental health is still present in the military and medicine in general.  Fortunately, Jon’s alcoholism never negatively impacted his highly successful medical career, and he had the courage to seek treatment.     The tragedy is that he suffered as a “closet alcoholic” for many years.   The willingness to publish all the letters along with an articulate summary is further testimony to Jon and Sherrie’s willingness to share their experience with the knowledge that it will be invaluable to those who serve in combat and those who treating PTSD.      Jon rightly deserves his Bronze Star and the Purple Heart for the Traumatic Brain Injury that he refers to a “a bump on the head from falling to the floor.”

You must read between the lines to see Sherrie’s contribution to Jon’s success in both the military and at the University of California School of Medicine where he trained physicians for over 40 years and made time to document his work in what are now classic textbooks.   Jon adequately documents his love for her and the tremendous support she provided to him as his depression is clearly worse when he didn’t have a current letter from her.

Available from Barnes & Noble, Amazon and other independent distributors. 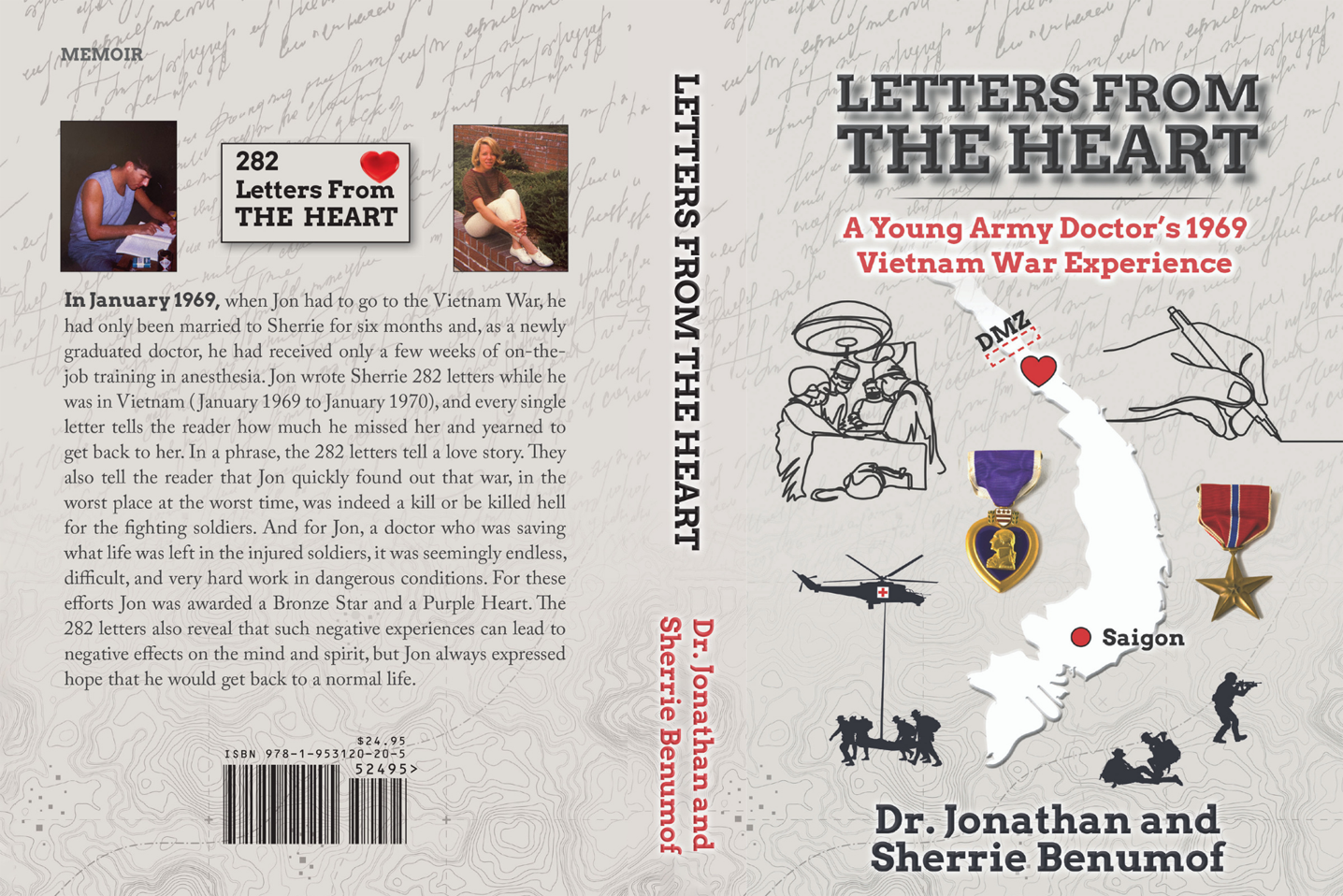 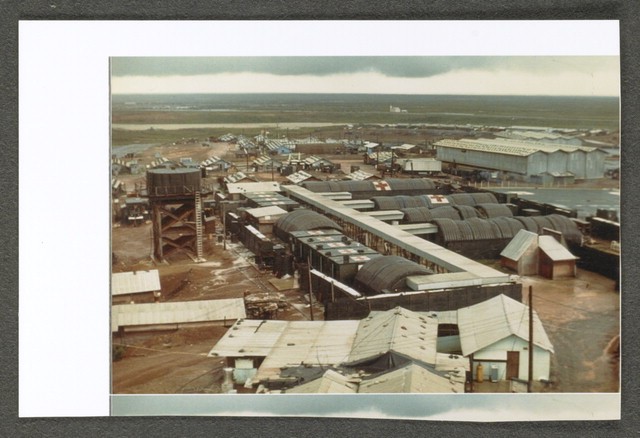 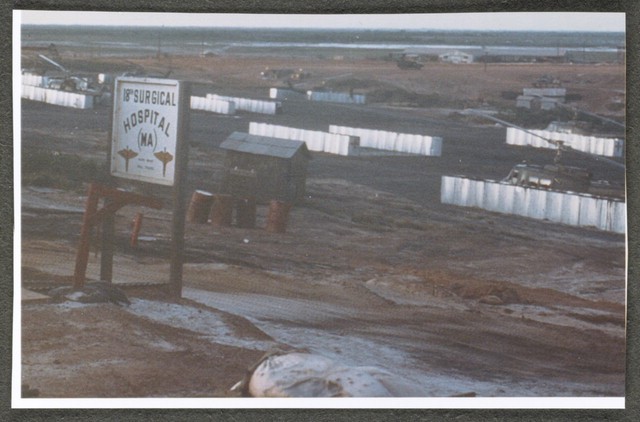